ThingsThings to keep your eye on during matches

Live betting is becoming more and more popular every year because even if you have done your homework perfectly (read our last e-mails), there are always some surprises. And these surprises are exactly what you are looking for to gain some advantage.

If a stronger team (big favourite on the pre-game Asian lines) is behind in score but is statistically better in attacks and shots, there is a rather good possibility they will score soon. Before the goal, you could get rather good odds from a bookie with an Asian handicap on the home side. But, of course, it also depends on the motivation of the team (read our second e-mail) – do they really need to win or not? Keep your eye on the number of attacks – are they pushing more after the opponent’s goal?

Teams with red cards (more than one player less than the opponent) have to run more and need to strive more. This also means that it is harder for them to defend or attack, and you can find opportunities for yourself. For example, Team A is leading 1:0, but they get a red card at the beginning of the second half. Chances are better that team B will be able to score a goal too.

4. Changes in the momentum

For example, if team A has been attacking a lot more (Dangerous Attacks 30-7) in the last 20 minutes, they need a break for a little while. This increase the chances that team B will have their shot. Or, for example, one team starts the 2nd half much stronger in every category before the halftime break.

5. Keep your eye on the game flow

Which team is playing above their average? Or if they are not scoring they might be tired and unmotivated soon, which could give momentum to the other team. Games can change very fast when it comes to momentum. For example, as mentioned above, if team A had a cup game at away ground in midweek, they might tire more and more when as the game goes on.

The two most important averages are Goals per game and Corners per game. If team A has a goal for every 4 shots and they already have 4 or 5 shots but 0 goals, you might gain an advantage again. Also, keep in mind that when we have a home team, who usually scores 3.5 goals at home and concedes an average of 1.0 goals against the away team, who concedes an average of 2.3 goals at away games and scores an average of 1.3 goals on away ground, these numbers can’t give you the picture about when these goals are usually scored. If there is a high enough sample of these games and the scoreline in the 60th minute is still 0-0, there is a high chance that we might see goals in this game despite it still being 0-0. The same logic applies to first-half goals. If there are 2 teams playing, who usually have high scoring first halves and it’s still 0-0 around the 30th minute, we can bet that there will be at least one goal in the first half.

Also, it is always worth checking changes in the odds before the game and during in-play. I suggest being careful with games where there have been big movements in odds pre-game and also during in-play, especially in movements opposing the odds. In smaller leagues, less money needs to be staked on team A to move the lines, but if there is a higher league game and the home team odds have dropped, for example, from 2 to 1.4, when staking the opposite team, if it has started well and is up on attacks like 5-20 and has more shots, there is a high chance that they will wake up and start playing like they should according to the odds drop. 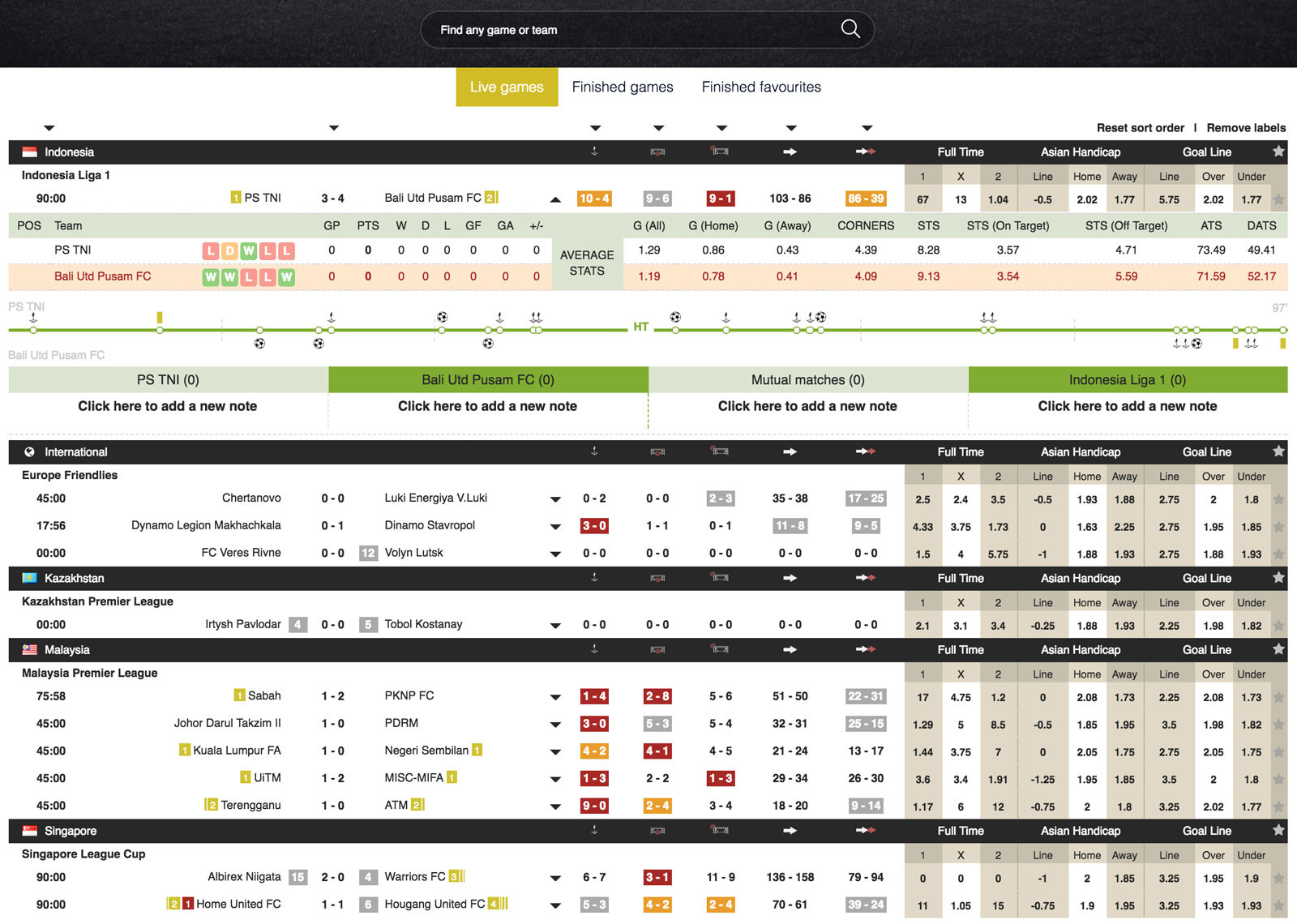