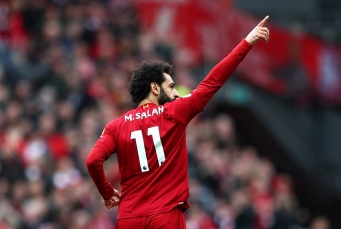 Big football leagues are back! What assumptions can we make from the first rounds in the top football leagues? Who's summer signings started to deliver from the start?
Many big transfers during the summer despite tough times. A lot of top-class players changed the clubs for cut-price or for free.
England Premier Leagues clubs paid the three highest fees, and I'm sure that their dominance will continue. This should be a must for them.
Except for PSG, who pulled off the biggest business during the summer. I mean, this summer will go down in history as one of the biggest summers for one club.
Lionel Messi and Raphael Varane changed their long time clubs and left Spain. Manu and PSG stole the show until Lukakus move.
So let's check what happened and what to expect based on the first rounds of the big league's football top clubs.

They invested, or as some may say, spent 132m. Ben White, Martin Odegaard, Aaron Ramsdale, Albert Lokonga and Nuno Tavares were the players invested in the most. The first two games? Two losses and 0 goals were scored!
Newcomers Brentford held their young attacking line, and they didn't have a chance against Chelsea at their own home.
Ben White was brought in to bolster their defence, which has been a challenging task for the team for several seasons. He was heavily criticised after his first game, mainly due to his inability to clear the long balls. Ramsdale as a backup goalkeeper while they have two young goalkeepers waiting for the chance? I can't understand it. Odegaard didn't play in the first two games, but I'm not sure he can solve their problems either. Aubameyang and Lacazette were missing both games also. This is from where they need to find some goals. Saka played against Chelsea, but a lack of rest due to the summer can pay dividends.
On the positive side, they have also Thomas Partey waiting to get fit enough to get back his starting position. Also, the new signing Lokonga showed some promising signs and could fit well with him in the middle of the park. It's too early to write them off from the top 5, but there's a lot of work and Ben White isn't the answer in the defence, at least for now, in the England football leagues.

Chelsea's transfer window was very quiet until the big bomb. This was expected after their last summer spending spree, of course. You can't bring in 4-5 new core players every summer to compete in the top football leagues.
Tammy Abraham, Olivier Giroud and Fikayo Tomori all left to Serie A. Trevor Chalobah were brought to the main team from the academy and then the bomb, welcome back Romelu Lukaku!
Very logical move after Timo Werner's project was considered as not a success based on the previous season, and Giroud left. It took Lukaku exactly 15 minutes to show why he was bought for 103m.
5-0 goal difference in first two games, a win at the Emirates, 0 goals conceded. For sure, going for it in every competition they are playing in this season.

Liverpool lost Georginio Wijnaldum and Xherdan Shaqiri. I was waiting for which move they will make to replace the Dutch from the midfield. They haven't made any move yet, and now I doubt they will before winter.
So far, their most significant moves during the summer have been keeping the other core players and welcoming back van Dijk. Previous season signing Diogo Jota is considered as a starter now, and rightly so! Mane, Salah and Firmino are not done yet, and with Origi and Minamino as solid back-ups, there's no need for another attacking option. Youngster Harvey Elliott was moved from the academy to the main team.
They made one bigger move while buying Ibrahima Konate from Leipzig to cover the defence. He will probably take Joel Matips place next to van Dijk during the season, and they are good to go. 5-0 goal difference in first two games, Jota and Tsimikas as standout players, but no real test for them yet.

Another very solid and deep squad where any big transfers weren't expected...or wait. The everlasting flirt with Jack Grealish was something we were waiting to get a solution. 105m for Aston Villa playmaker who had a career season last year.
Earned a place in England national team and is looking forward to Champions League football.
Left-back Angelino moves to Germany, Sergio 'Kun' Aguero finally got his chance to play with Messi after moving to Barcelona for free. Only to find out that Barcelona can't afford Messi anymore, and I'm not sure if Aguero stays there now.
Eric Garcia left for free also, to Barcelona. None of these players was a significant factor last season, but losing Garcia for free could hurt them. They trashed Norwich in the first game, 5-0 and Grealish got his first goal.
All good signs, but then, a loss against Tottenham while being with odds of 1.5 to win the game against Kaneless Spurs.
They were in the game and most of the time controlling the pace, so I'm sure the team will be ahead of Spurs at the of the season and fighting for the league title and  major football leagues.

Manchester United did what Arsenal should have done. Two marquee signings, and that's it. That's how you build up the title-winning squad. Know your biggest weaknesses, address them, look for strong options on the market and bag them.
Raphael Varane for 36m was an absolute steal, but not the steal of the transfer window;). One of the best in his position for years, a title winner, knows how to win in big games and in his best years.
The perfect partner for Maguire also, as he is fast, good on the ball and getting out of challenging situations without just hitting the ball to the crowd, khmm.

At first, I wanted to say that the other signing, Jadon Sancho, complements perfectly the young attacking line with Greenwood and James. In 2 out of three seasons, he did a double-double of goals and assists in Bundesliga. The guy is 21 years old.
A lot of talking about the new right-back and holding midfielder: the latter one will be the highest priority soon, I'm sure. In their first game, Pogba showed what he was capable of with his new tasks as higher. Bravo Ole, finally. The second game was a 1-1 draw against Southampton, where they scored an own goal. Sancho got his first minutes, Varane and also players like Cavani and Rashford are still waiting to come in after the injuries. Good summer in Old Trafford and nice moves going forward.

And it happened after this blog was already finished, but it's worth the update! Cristiano Ronaldo joined the Manchester United squad for a small fee of 13m. He is back, and Manu just made their transfer window even more successful. 3 marquee signings are all very important players and will make the team much more powerful than last season. Yes, he is 36 years old but is capable of at least 20 goals per season. Cavani will spend some time in the quarantine after the qualifier games and Ronaldo will take the striker position in front of Bruno Fernandes and their young, pacey wingers. If they didn't push it for the England Premier League title, it would be a disaster. 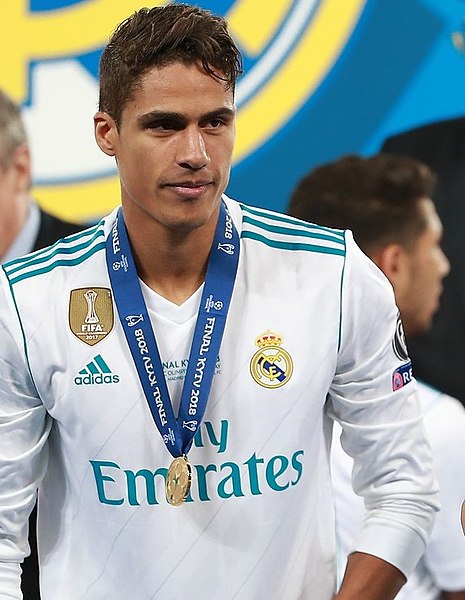 So, the Spurs. Losing Harry Kane was closer than keeping him. Toby Alderweireld had over 20 games, as well as Erik Lamela and both left. Gareth Bale, with 20 games and 11 goals, returned to Madrid. Carlos Vinicius as a backup striker, returned to Benfica and Juan Foyth left to Villarreal. It looks like they needed a strong summer. They bought 20 years old Bryan Gil from Eibar as a striker who scored 4 goals last season in Spain. They loaned Cristian Romero from Atalanta to help out the defence. Romero was used a sub in the second game, same for Kane, who seems to stay now when City got Grealish. They also have a new coach and overall seems like a bad, bad situation. But, two 1-0 wins and one of them against Manchester City. Dele Alli is back in starting lineup under Santo. Tanganga and Requilon have been great in the first two games on the flanks, and Bergwijn and Lucas seem to be the starters until the Kane issue is sorted. Gil can become a great addition, and I know that Romero can be good under Santos. On paper and based on the transfers, they are not title challengers, but for some reason, I smell the season of Leicester City, and Santos can make the maximum out of this situation. First two games were very promising, and with one smart move before the transfer window closes with one smart move during the winter, there can be hopes up until the end in the biggest football leagues. 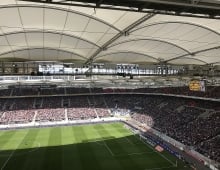